The English’s Chef Off 2019 was widely regarded by competitors, judges and the audience alike as being the best one yet! The weather might have been mixed, but the quality of the cooking from the seven contestants from some of the best independent restaurants from across Brighton & Hove was of a consistently high quality. 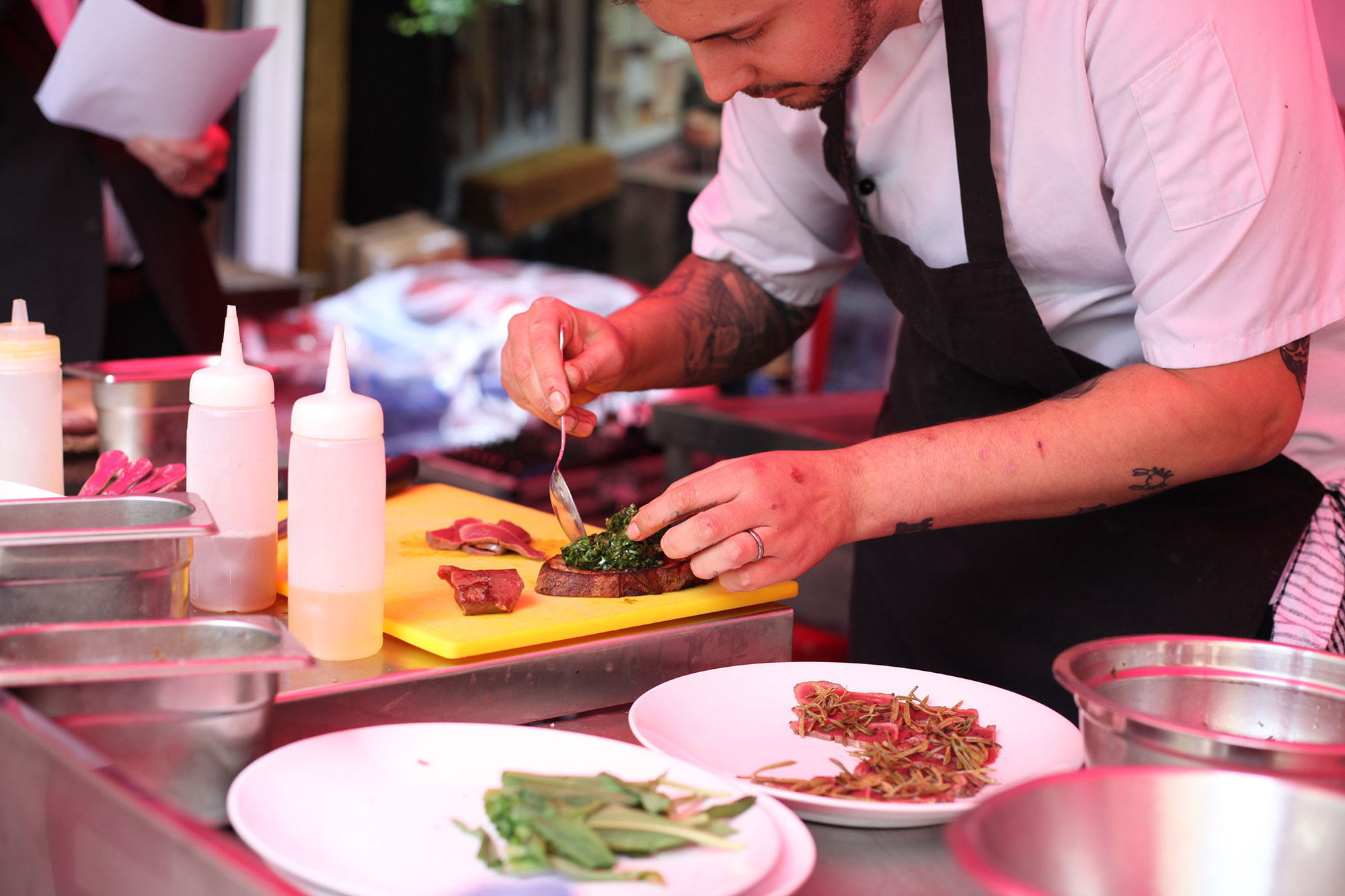 The event drew the biggest audience yet too, nearly 100 people crammed into the terrace at English’s to witness this fast paced cooking competition which is fast becoming one of the most exciting and ‘must attend’ events in the city’s culinary calendar. 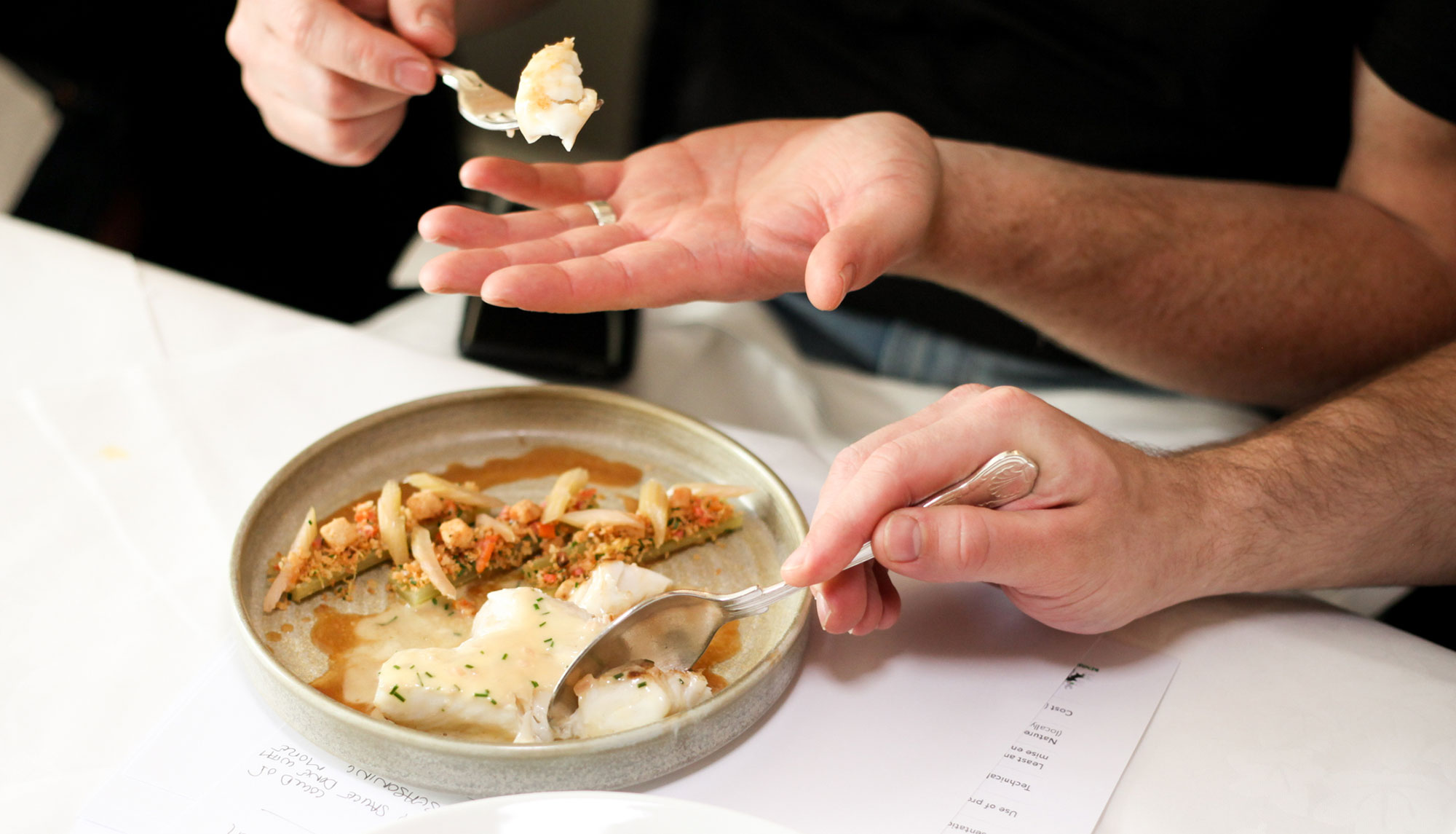 Judged expertly again by Steven Edwards of etch. and ex Masterchef Professionals winner, Michael Bremner of 64 Degrees and murmur and English’s very own, Yuri Magni, the winner of this year’s Best Emerging Chef was awarded to, Jan Tlusty, of The Paradiso Social.

Jan’s winning dish was a creative take on a traditional Fish & Chips dish, made up of white fish, potato, bread and egg (looked and tasted far better than it sounds!) Jan, who is a self-taught chef, originated from the Czech Republic and grew up on an organic family farm and is passionate about fermentation and working with local organic produce. 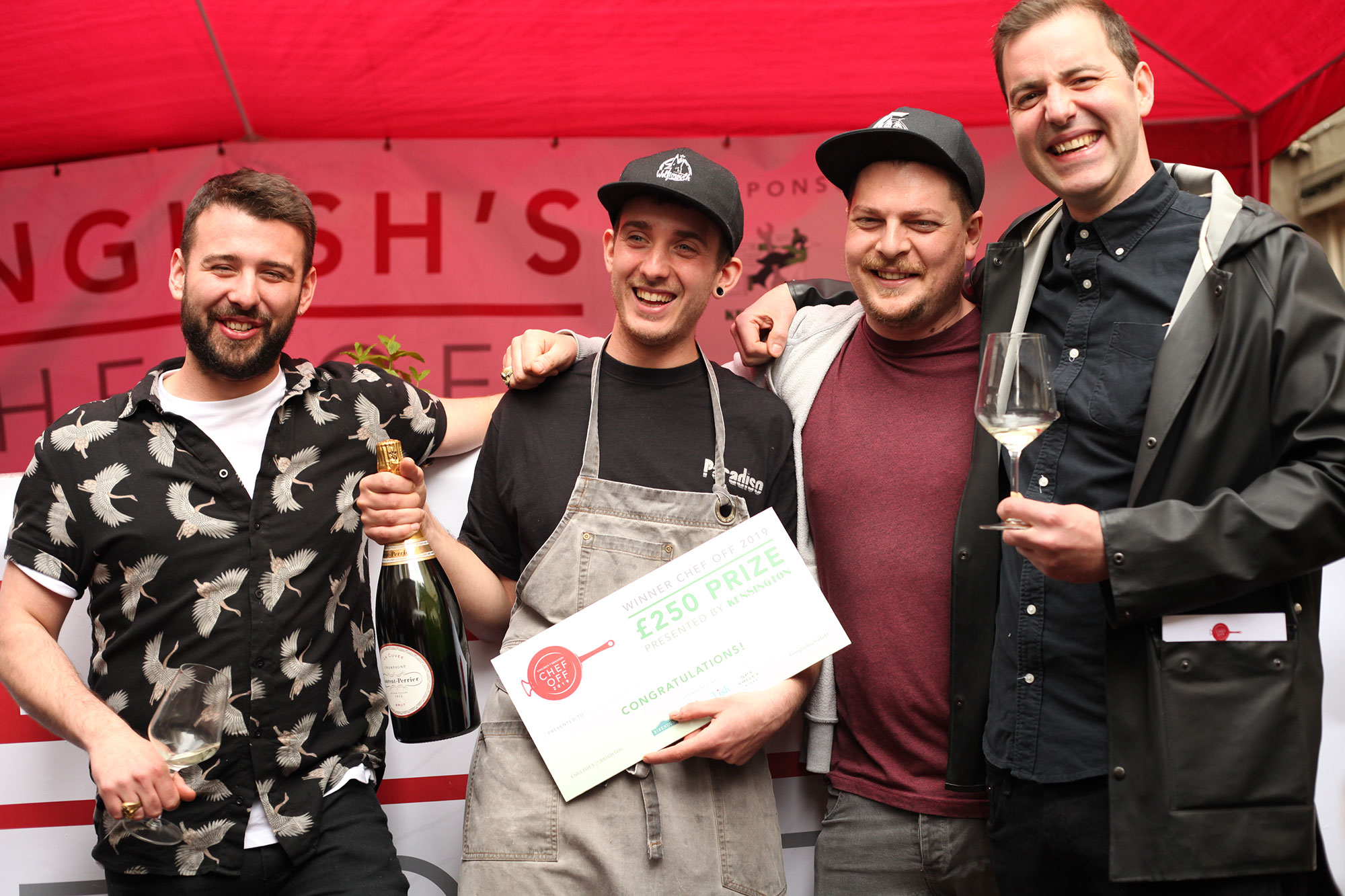 This year’s event also had the added ingredient of an ‘after event dinner’ where English’s invited back the contestants and judges for a sumptuous sharing meal in the restaurant where the judges could feedback to their young counterparts about their dishes, presentation and give tips on how to improve. A fabulous evening where the experienced could mix with the next generation and share ideas and a cold platter or two with wine! 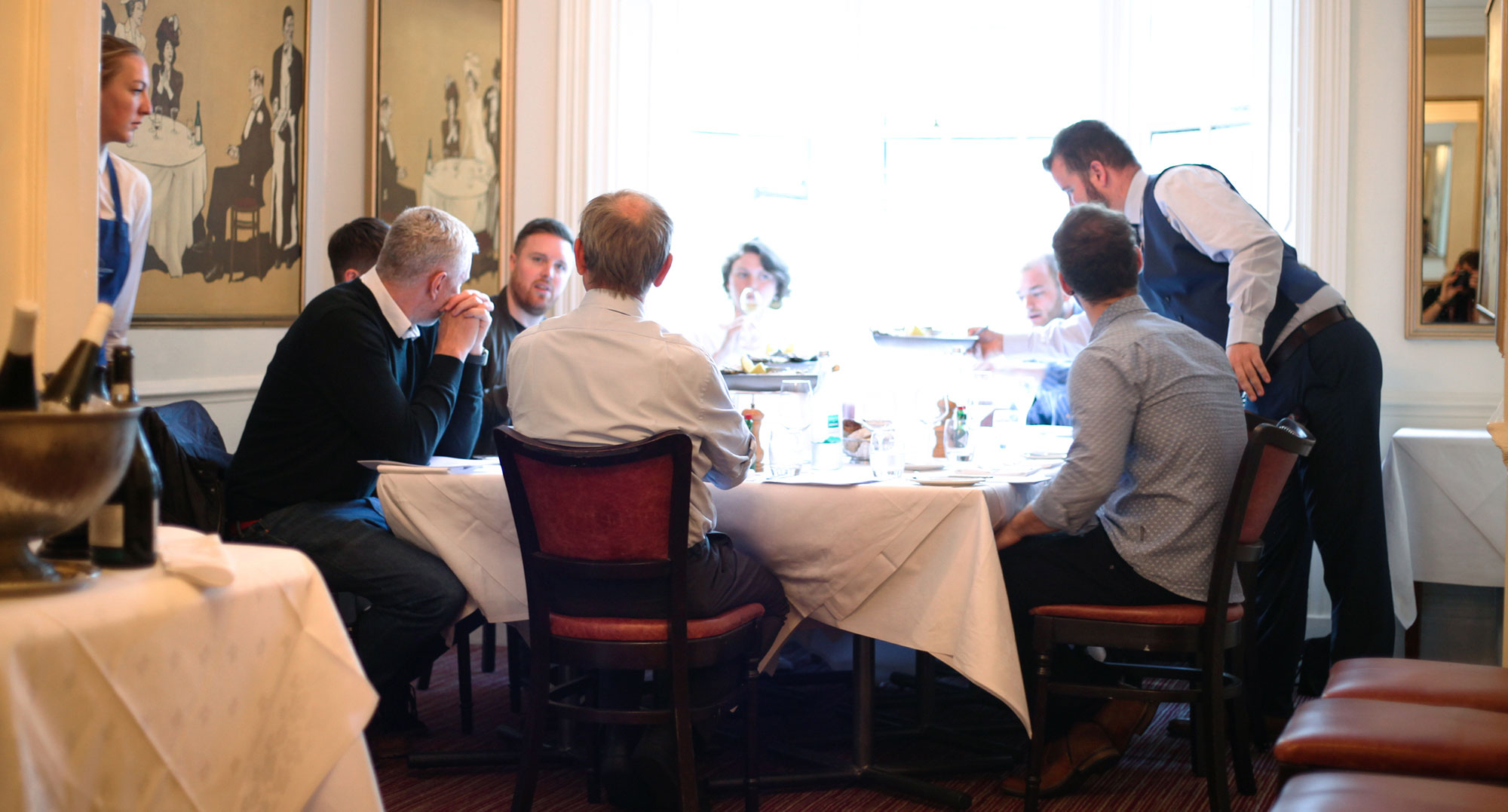 We’re already looking forward to next year’s Chef Off but in the meantime, take a look at the video for this year’s event here.

On May 10th 2018, seven of the finest young junior chefs from some of the best restaurants in Brighton & Hove competed in the 2nd English’s of Brighton Chef Off Competition on the terrace of Brighton’s oldest and most revered restaurant.

The sun shone, the hospitality sparkled and the competition was as fierce as the heat from the temporary kitchen. Chefs from Plateau, The Salt Room, La Choza, Drakes of Brighton, Isaac at, Cin Cin and 3rd Avenue, battled for the crown of Brighton & Hove’s Best Emerging Chef. The event was judged by Michael Bremner from 64 Degrees and Murmur, former MasterChef Professionals Winner Steven Edwards of etch., and English’s head chef Yuri Magni.

View the video from the event here:

English’s created the Chef Off event in order to celebrate the best in local independent restaurants across the city, but to also champion the next generation of the city’s emerging chefs. Simon Leigh-Jones, whose family have owned English’s since 1945, said: “We’re enormously proud of the Chef Off. It’s a great occasion for all the local restaurant community and businesses to come together and witness the best in emerging talent. There’s also something poetic about the oldest restaurant in the city supporting the new stars on the block. Long may it continue.”

The event wouldn’t have been possible without the help of English’s fantastic sponsors: Kensington, Bidendum and Brighton and Newhaven Fish Sales. 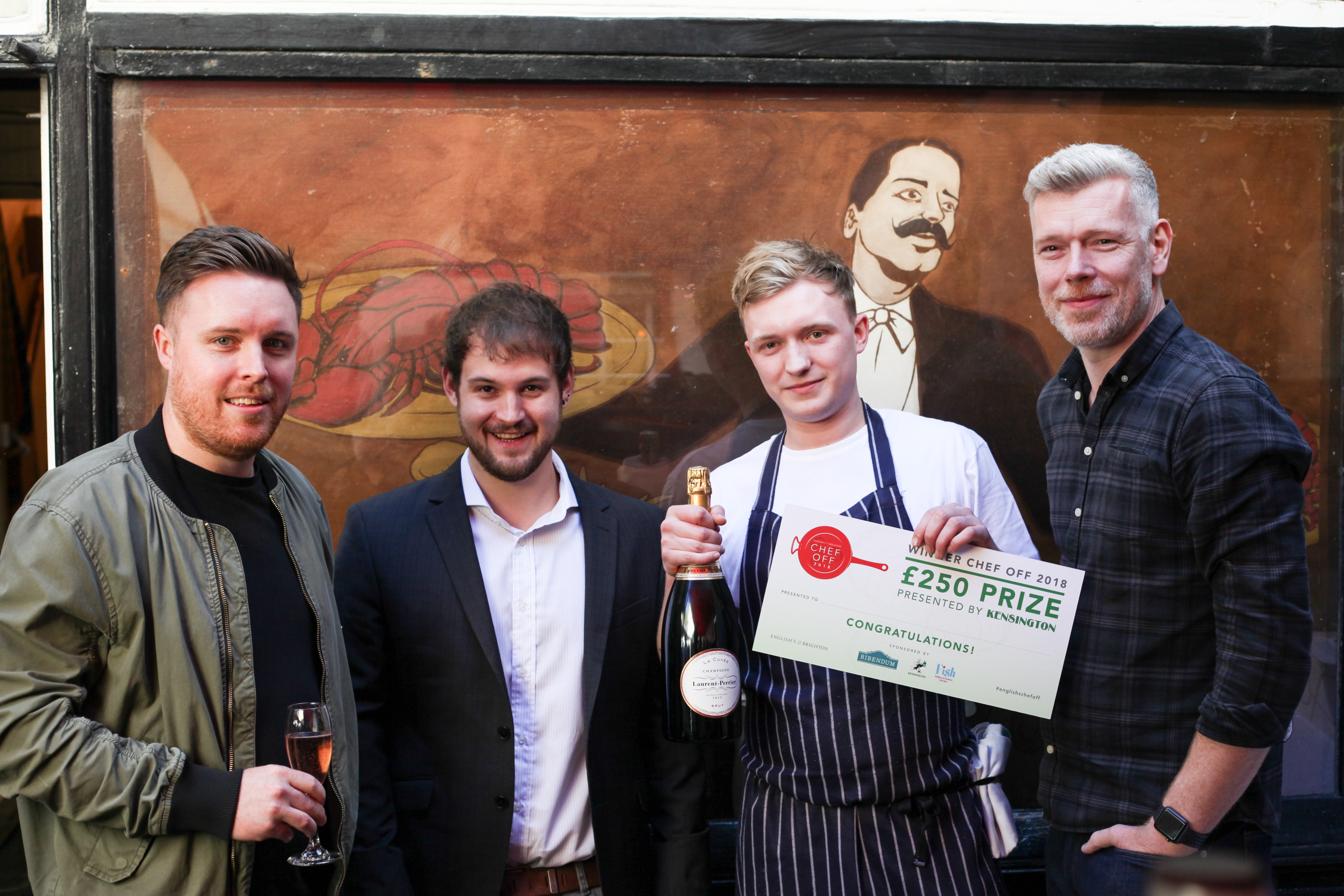 Winner Tristan Conway-Grim with the judges

In May 2017 English’s of Brighton hosted our first ever ‘Chef Off’. The event celebrated the brightest young chefs in our city, and crowned one of them the Best Emerging Chef  in front of a live audience.

Six emerging chefs had 25 minutes to prepare a serve their signature dish in a bid to win the honour of being crowned our very first Chef Off champion. Judged by  Michael Bremner, Steven Edwards and Thomas Griffiths, it was Mike White from The Salt Room who cooked his way to the top prize.

Congratulations Mike, and thanks to all our competitors on the day: 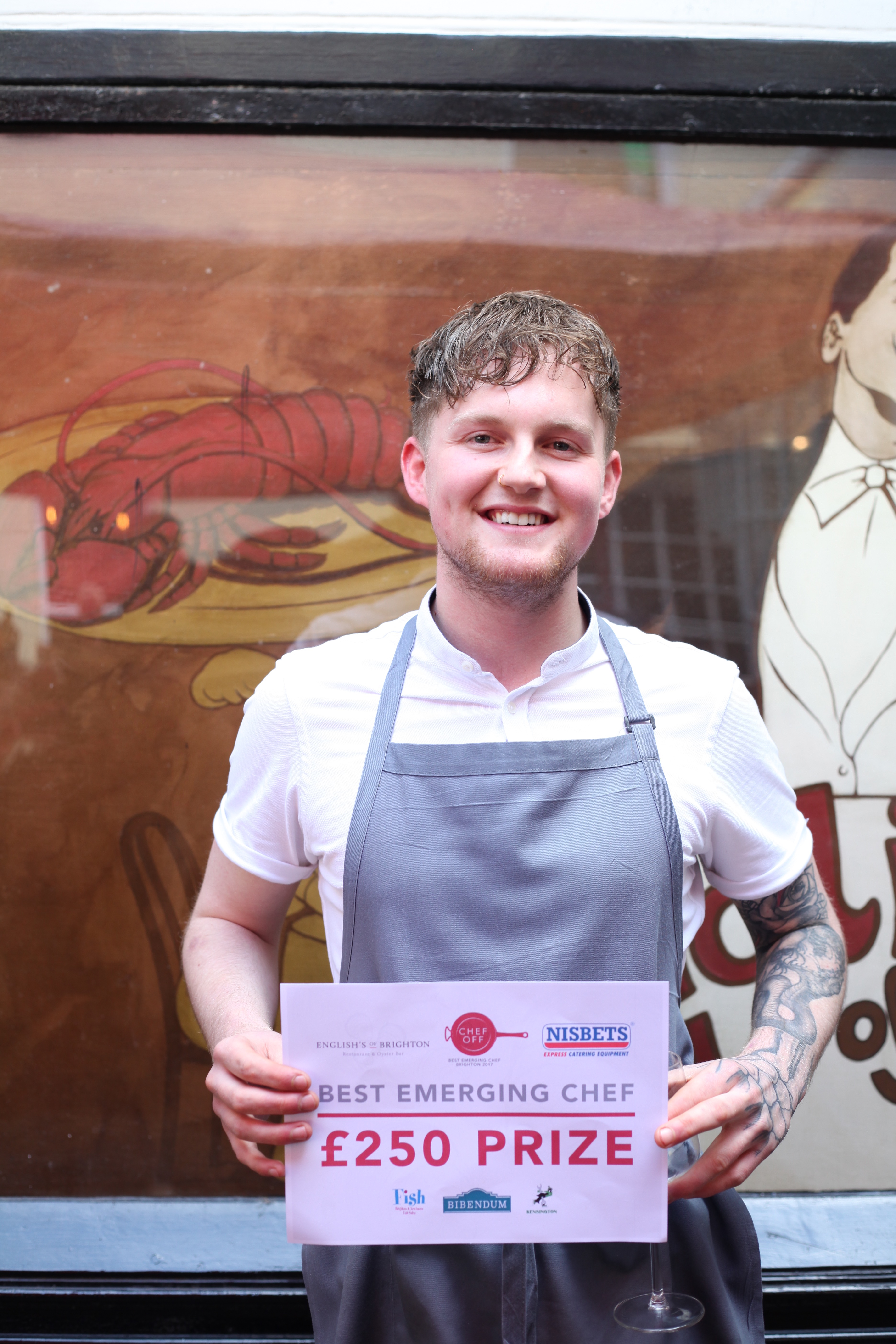