English’s of Brighton General Manager Nick Emmott reached the final of the prestigious Academy of Food and Wine Service’s Restaurant Manager of the Year award. He progressed through a strong semi-final that featured 10 of the best restaurateurs the country to reach the final four. We spoke to Nick about this accolade.

You must be delighted to have reached the final of the Institute of Hospitality’s Restaurant Manager of the Year? Can you tell us a little bit about the award?

Yes, the competition is important in terms of promoting front of house as a genuine and exciting career, and also rewarding those professionals who are the best in the industry. I’m extremely honoured to be ranked alongside many of the industry high-flyers. Huge congratulations to Kieran and Jennifer, very well deserved!

Chefs receive most of the attention these days for their flair and creativity but every restaurant requires strong managers who are able to create the best showcase service for that food. Awards such as Michelin only really focus on the food and the chefs, but there is so much more than that when it comes to running a successful restaurant business.

How long have you worked at English’s and have you always been the General Manager?

I’ve completed just over 9 years at English’s, joining the team in September 2008 as Restaurant Manager. I was promoted to General Manager in December 2009 following the departure of Jonathan.

Where else have you worked in the past?

In the late 90s I was lucky to be offered a position in a very high-profile restaurant, Quaglino’s in St James, which was relaunched by Sir Terence Conran. At the time, this re-invented the Parisian Grand Cafe and has come to be seen as the real pioneer of change to the London dining scene. It is very much the template for what is now a great dining scene. It was magnificent in its prime, serving 1000 customers per day with elegance and glamour. Very much the place to be seen for the city’s A-listers.

From there I went on to work with some of the industry’s finest chefs. Firstly, L’enfant terrible of the kitchen, Marco Pierre White (the first British chef to hold 3 Michelin stars) and Brian Turner CBE, well known for his TV appearances but was really the grandfather of the modern British chef. Launching the careers of great chefs such as Shaun Hill, Gary Rhodes and James Martin. Brian was also the first British chef to hold a Michelin star back in 1971 at the Capital Hotel.

In 2000, aged 24, I opened my own gastronomic restaurant ‘Les Deux Garcons’ in Horsham, gaining an entry in the Michelin guide in its second year. It specialised in French cuisine through various 7 course menus. 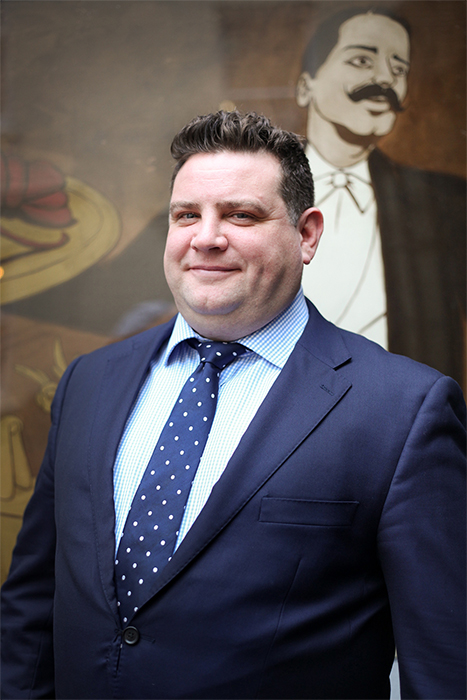 It’s very much a multi-faceted role requiring business acumen, negotiating skills, organisation, hosting and people skills. Particularly in an independent restaurant, where not only do you play host to your guests every day but you need to wear lots of hats and play lots of roles in a small way. You have to be your own legal advisor, accountant, personnel manager, payroll clerk, buyer, seller, marketer, advertiser, health and safety officer, receptionist, cook, cleaner, bartender, waiter and fire officer.

What are your thoughts on the Brighton restaurant scene at the moment?

Brighton is one of the hottest tickets right now in the UK. The London scene is in turmoil with great chefs and restaurateurs closing down and loads of new openings happening all the time. Brighton has been identified as a good place to operate. Hence, the standards are rising across the city. Great, innovative food is being created at by the likes of Michael Bremner, Steven Edwards, Matt Gillan and the Ginger group keep producing excellent British fare. However, as we reach saturation point there will be a reckoning, some restaurants will struggle to continue and will fold. We’ve seen it before in Brighton time after time.

What are English’s up to in the near future in terms of menu and brand development?

English’s will continue to do what it has always done, serve classic seafood dishes prepared with skill from exceptional local ingredients. Our focus as always is on value for money with food inflation rampant. We are looking at more creative ways to ensure you can enjoy great seafood at a reasonable price.

English’s is an institution in the Brighton dining scene. As others come and go offering mainly style over substance, we barely notice. The reason being that we focus on what we can do better and we constantly look to improve by giving better service, offering better food, sourcing better wines, and building our relationships with our customers and suppliers.