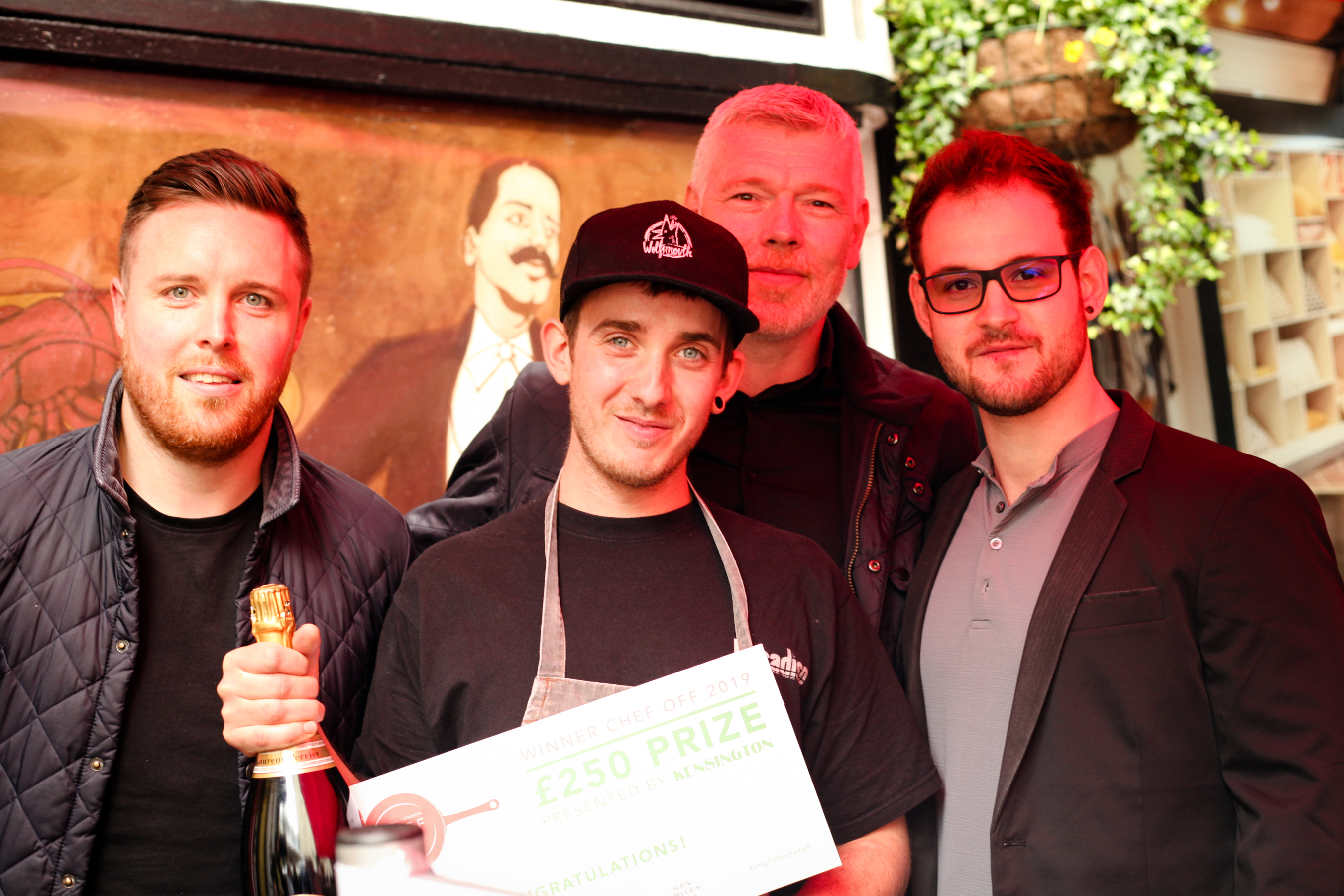 Some of the city’s best independent restaurants and their junior chefs competed in the latest English’s of Brighton ‘Chef Off’ competition on the terrace at English’s on May 9th. The Chef Off is a celebration of the best young chefs in the city and the winner is crowned Best Emerging Chef in Brighton & Hove 2019 and presented with a £250 prize from Kensington’s as well as a magnum of champagne from Laurent-Perrier. 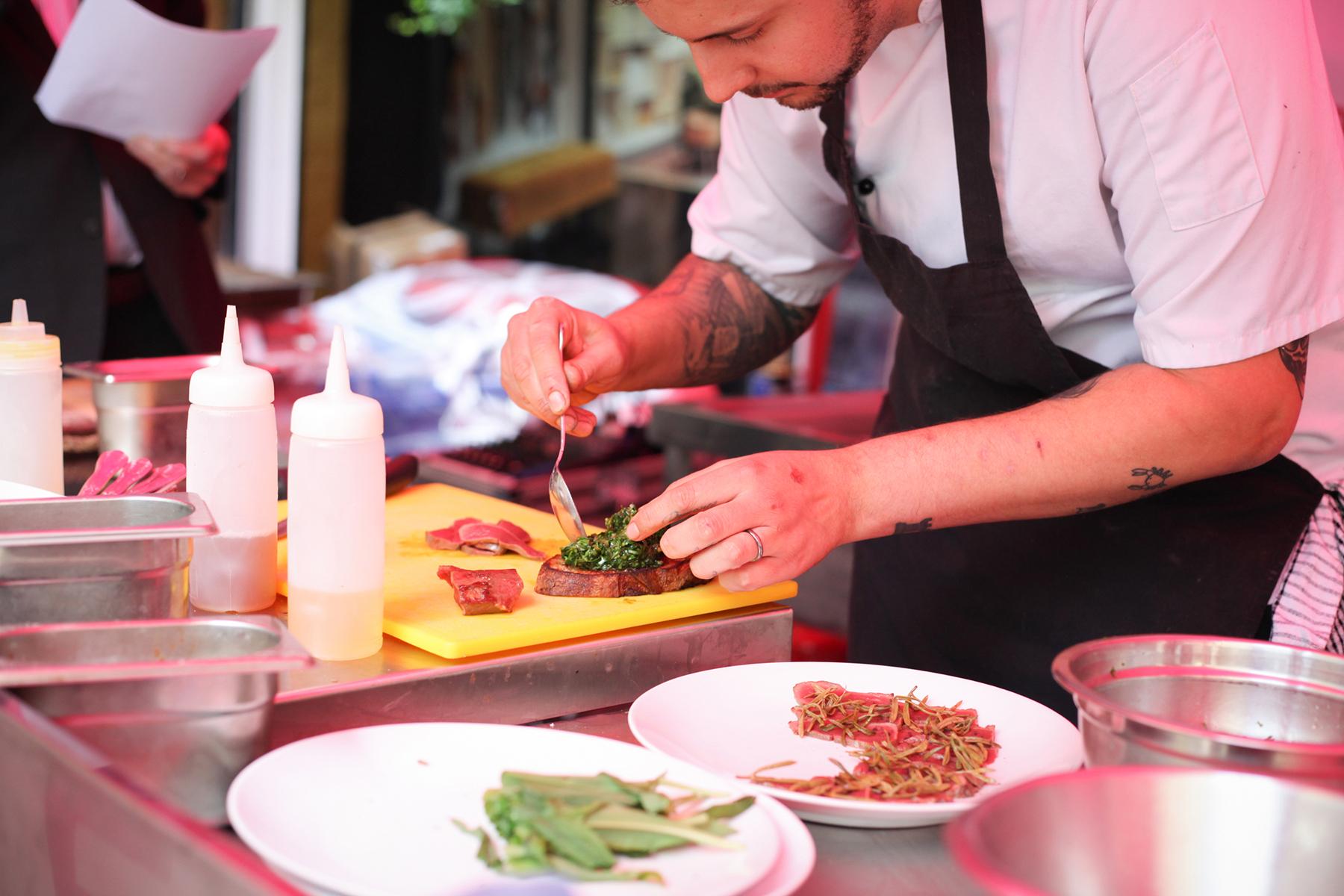 The weather may have been mixed on the day, but the quality of the cooking was of a consistently high standard. The event was again judged by Michael Bremner 64 Degrees and murmur, Steven Edwards Masterchef Professionals winner and etch., and Yuri Magni, head chef of English’s. 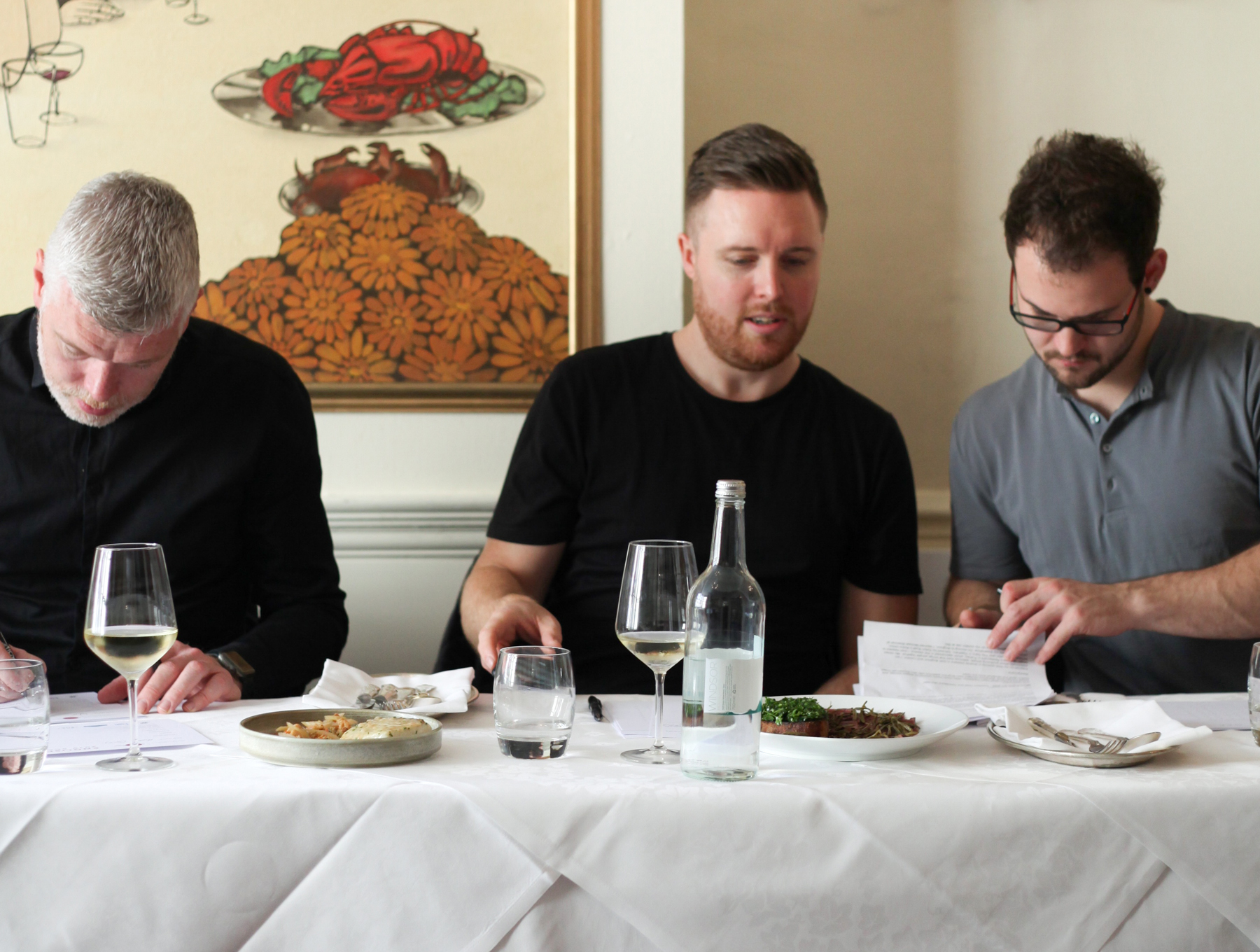 Steven Edwards said: ‘In the third year of the English’s Chef Off the bar was raised yet again. Michael, Yuri & myself had the envious job of tasting seven dishes from these creative chefs but the hard work was splitting the top three – where there were only a couple of points between them. I can’t wait for next year’s event already!’ 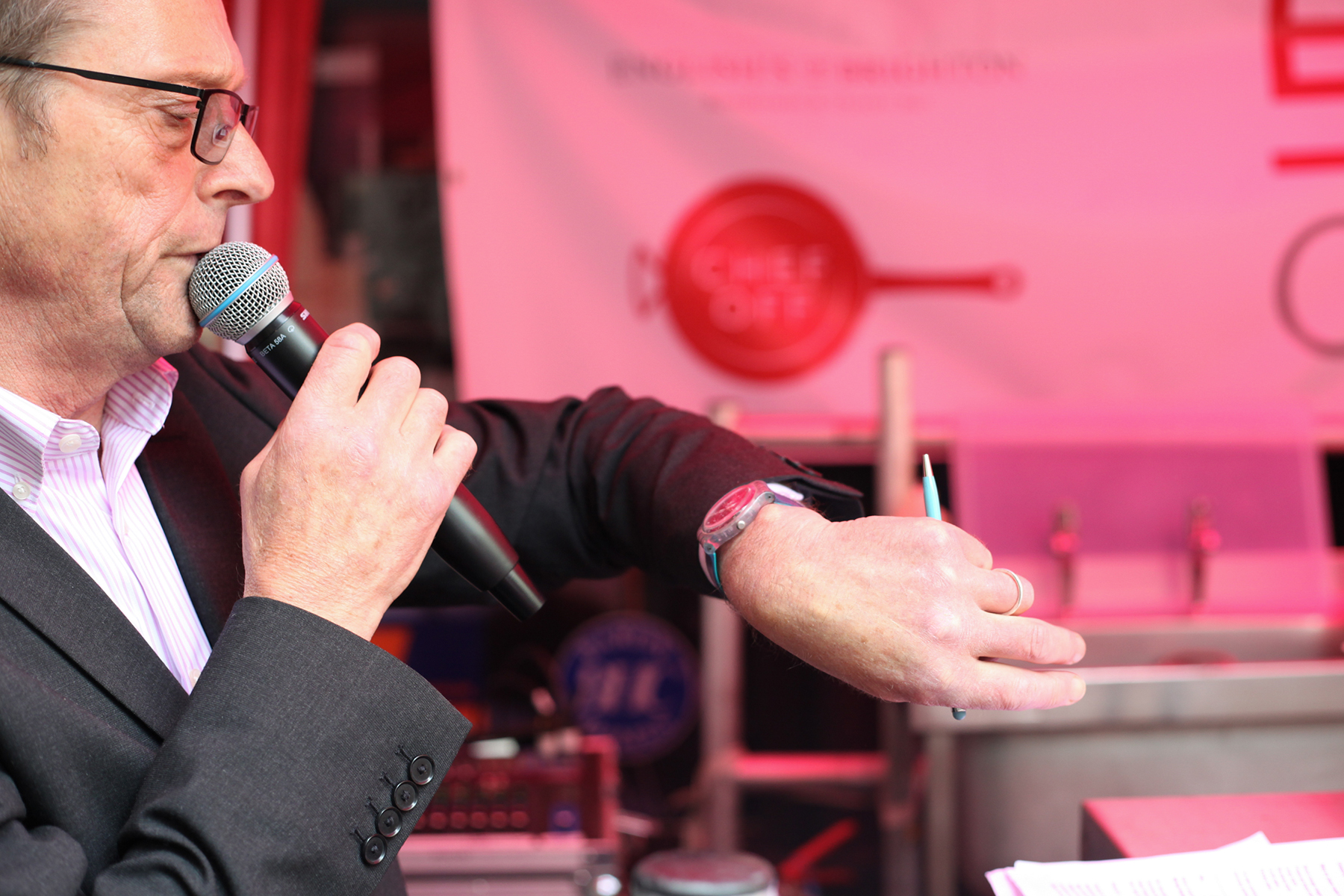 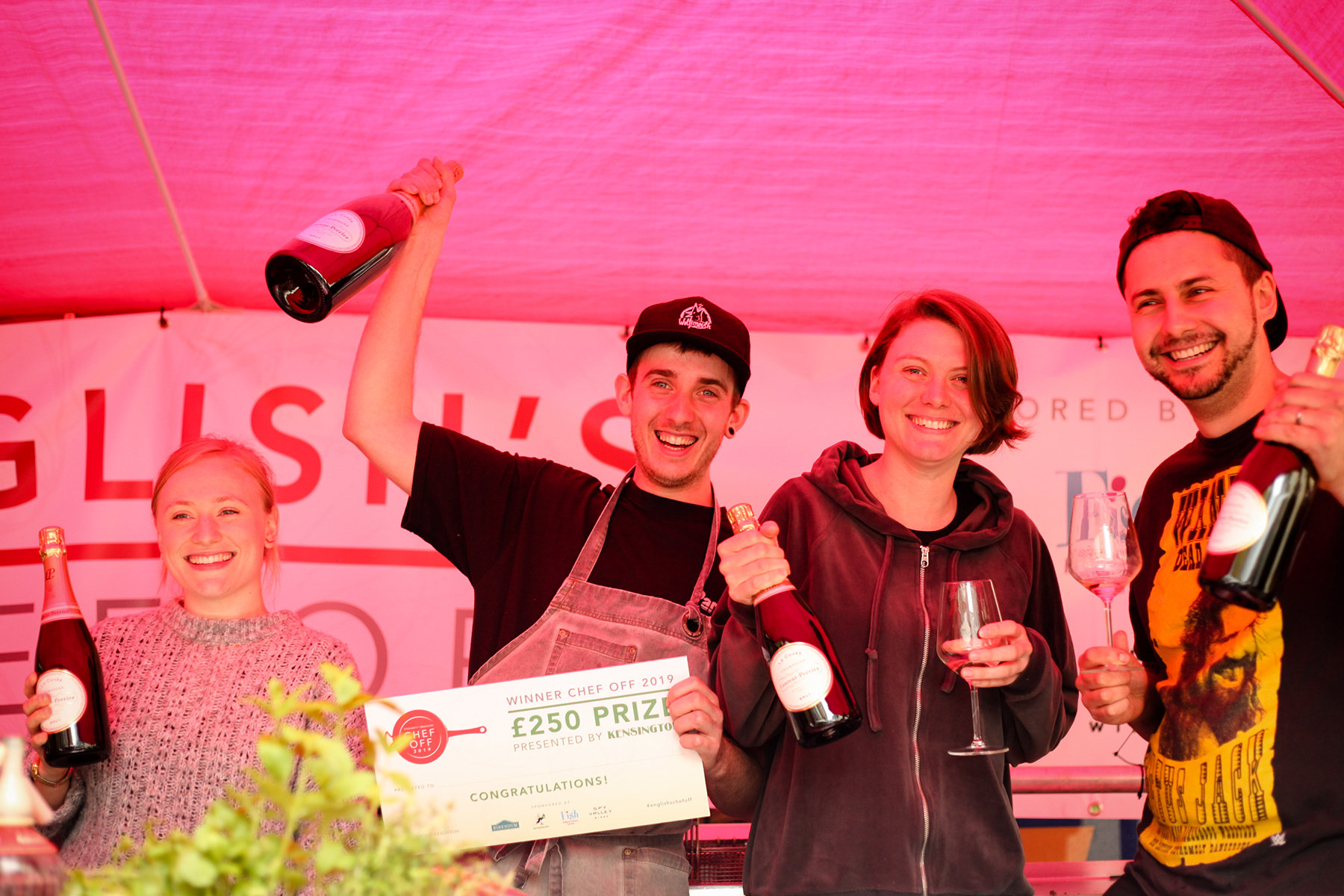 The delightful winning dish of local white fish, potato, bread and egg, was cooked by Jan Tlusty from Paradiso Social, who is a self-taught chef originally from the Czech Republic. Jan grew up on an organic family farm and is passionate about fermentation and working with local, organic produce. He gained experience working in Silo and Plateau in Brighton, before joining Jack from Wolfsmouth, who now operate out of The Paradiso Social.

Sponsors for the event were Bibendum wines and Spy Valley who supplied the wine for the guests, BNFish Sales and Kensington’s, suppliers of the stage and kitchen equipment.

View the official film from the event here and let us know what you think!